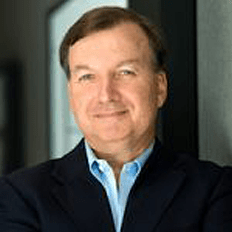 Richard handles all legal, financial and tax aspects of operations of the company. He also interacts with state and local governmental agencies on regulatory matters impacting the company’s activities.

He has served as Chairman of the Energy Committee for the Environmental Business Council (EBC) of the Commerce and Industry Association of New Jersey, a leading trade organization in New Jersey. Richard also has lectured numerous times on energy procurement and solar energy issues, including the impact of the New Jersey Energy Master Plan (EMP) proposed by then Governor Jon Corzine on renewable energy and the overall cost of electricity in that state. In addition, he has published articles on demand response and the use of solar energy at commercial real estate properties. Richard has served as a speaker at periodic roundtable discussions conducted by the EBC on energy related subjects.

He previously served as Chief Financial Officer and General Counsel for IEM. One of the former shareholders of IEM, he teamed with Steve Schlussel in the negotiations for the sale of IEM in 2006 and was responsible for all aspects of the tax, legal and financial due diligence process leading up to the sale. As Chief Financial Officer, Richard reorganized and leveraged the resources of the 35-person Finance Department to significantly increase the profitability and value of the company. He was also responsible for all aspects of financial and tax reporting for the company, including such reporting as required for the 45 states in which IEM conducts its operations. As General Counsel, Richard was responsible for virtually all contracts to which IEM was a party, including agreements with more than 1,000 hauling contractors, and was involved in extensive contract negotiations and corporate governance.

Richard has over the years advised start up and middle market companies on legal, financial and tax matters. He has lectured at many conferences and published more than a dozen articles on various financial issues related to commercial real estate. His background includes serving as an Attorney and Certified Public Accountant at Ernst & Young and other leading firms.

Stay up to date on the latest energy news, pricing trends, and mandates.