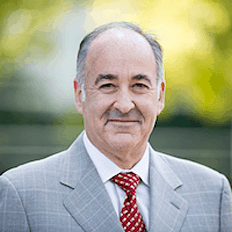 As Chief Executive Officer, Scott has pioneered industry leading energy procurement programs and products that have produced significantly greater results over the standard offerings prevalent in the commercial real estate industry. He is currently engaged by national and regional real estate companies to thoroughly evaluate their energy procurement, metering and billing and demand response practices and procedures. In the course of doing so, Scott has identified numerous opportunities to materially reduce energy costs and, similarly, materially increase revenue streams.

Scott has been highly successful in leveraging his many years of real estate and energy experience to assemble an array of analytical solutions that are second to none in the energy management industry. Indeed, no other individual in the energy management sector has the depth of real estate development and operations experience as Scott, and with that highly specialized background he is uniquely positioned to design and implement comprehensive energy plans which serve the needs of the increasingly complex commercial real estate industry.

Prior to joining Resource Energy, Scott served in various executive capacities for The Westfield Group, one of the largest and most successful shopping center owners in the world. In Development, Scott directed all components of shopping center expansion projects, most notably a $500 million expansion of a center in Los Angeles that was completed under budget and ahead of schedule. His responsibilities in that role included entitlement, planning, budgeting, and full oversight of project management, construction, leasing, design and marketing.

Scott is a U.S. Navy veteran who proudly served nearly four years on active duty in the US Navy.

Stay up to date on the latest energy news, pricing trends, and mandates.